Blogpost
Not One Size Fits All: The Varying Needs of Social Enterprises and Inclusive Businesses

Across African, Caribbean, and Pacific (ACP) countries, businesses that have positive social impact in their primary mission are known by many names: inclusive business, social enterprise, social business, impact enterprise. While the concept of business for social good is not new, there is no consistent and formal definition for social enterprise across ACP countries. Thus, what might broadly be considered social enterprises take all sorts of business forms and models, notwithstanding variation in size, assets, growth trajectory, entrepreneurial culture, market access, social impact and so on. Given this diversity it is puzzling that prospective impact investors and other providers of social finance frequently take a one-size-fits-all approach to building their investee portfolios. Who might be missing out here?

These key issues were discussed at a live event, which featured speakers from the social enterprise academy in Zambia, B Lab East Africa, ANDE and Social Enterprise Ghana.  You can see the recording here. 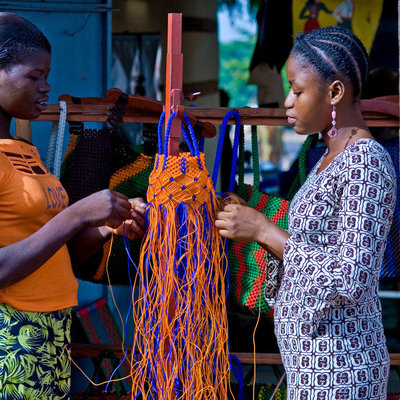 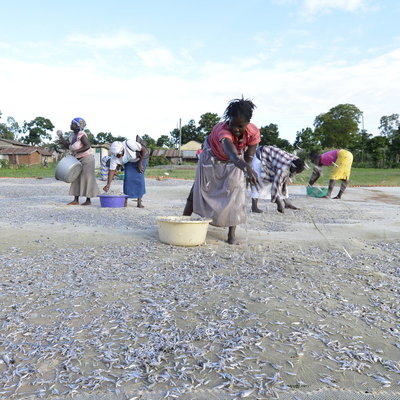 Variable access to capital and a restrictive focus on investment readiness are two perennial issues characterising the demand and supply sides of social finance. Based on the 'state of social enterprise' series of surveys commissioned by the British Council, these issues seem to be fairly persistent across the world. Size of business is one challenge. For instance, venture capital funds with a focus on impact in Latin America raised US$2.55 billion between 2011 and 2016, but those investors largely avoided all but later-stage social enterprises. Similarly, only 11% of capital committed to impact investment in emerging markets, according to 2020 Global Impact Investing Network (GIIN) survey, were geared towards seed and venture stage investing.

Yet business size is just one factor amongst many that affect access to finance for social enterprises; for a more inclusive approach to investment there is a need for more nuanced understanding of business features and context among investors. The variety of labels doesn’t always help. Across ACP countries, two common terms for businesses with a social focus are social enterprises and inclusive businesses. In the European Union (EU) definition:

“A social enterprise is an operator in the social economy whose main objective is to have a social impact rather than make a profit for their owners or shareholders. It operates by providing goods and services for the market in an entrepreneurial and innovative fashion and uses its profits primarily to achieve social objectives. It is managed in an open and responsible manner and, in particular, involves employees, consumers and stakeholders affected by its commercial activities”.

Inclusive businesses are defined as:

“Inclusive businesses provide goods, services, and livelihoods on a commercially viable basis, either at scale or scalable, to people living at the base of the pyramid making them part of the value chain of companies as suppliers, distributors, retailers, or customers.  The term ‘base of the pyramid’ refers to the poor and low-income socio-economic group of society.” They may or may not also be considered a social enterprise depending on the example at hand.

Labels might say something about the various legal forms and business models adopted by organisations but don’t depend on it.  There are  credit unions, community based organisations (CBOs) and social cooperatives  which might be options for legal registration in some contexts but not others. There are also more generic terms such as impact businesses and small and growing businesses, which also tend to be more profit-oriented but could be registered in all sorts of ways. The popularity of different legal forms depends heavily on the country context, especially the kinds of regulations that favour different types of organisations, such as for-profits versus not-for-profits. Based on sector mapping conducted by British Council, around 15% of social enterprises are registered as not-for-profits in both  Kenya and Ethiopia but 41% are registered as such (including voluntary groups) in Jamaica.

Other differences between social enterprises include their level of maturity, the sectors in which they work, their target communities, to name a few. When it comes to defining what positive social ‘impact’ means, many investors have their own criteria and definitions and measurement methods but they may not translate to local contexts and business practices. Formal certification programmes like the B Corps may provide assurances to investors, but many impactful enterprises may not be able to complete their assessment. This may be because they are too early stage, as B Corps need to demonstrate at least a few years of track record, or they do not have the resources to gather the documentation and find the time to fill in the assessment. According to B Lab Africa, the non-profit that certifies prospective impact businesses as B Corps in Africa, there are around 45 certified companies across the continent; out of 3,500 certified B Corps across the world, mainly from the United States.

The needs of social enterprises and impact businesses also vary depending on the entrepreneurs. In Kenya, the owners of just over half of the social enterprises surveyed were aged 35 or under. Yet, anecdotal evidence from support organisations in Nigeria suggests that social entrepreneurs aged over 30 and with some industry experience are more likely to succeed and are preferable for investment. ACP countries have the largest concentration of young people in the world - more than one fifth of the global youth population come from ACP countries. Support geared towards the specific needs of young people in starting, running and sustaining social enterprises will be important to ensure the success of these organisations.

Another commonly-held assumption embedded in investment culture that needs to be challenged: scaling as the primary objective of social enterprises and impact businesses. Not every social enterprise aspires to scale, or will succeed in scaling, beyond the community or country in which it was founded. That is not a bad thing, particularly if the business is  still able to deliver investor returns as well as community benefit. In the Pacific, community-based organisations, which focus on local markets and services, are extremely prevalent. A FSG report analysed over 400 promising firms in Africa, and found that only 13% of them had reached significant scale - the investor’s expectation that scaling is the be-all and end-all is often not realistic. In the broader entrepreneurship space, the founder collective Zebras Unite has emerged as a counterpoint to this growth-at-all-costs mindset. Unlike Silicon Valley ‘unicorns,’ ‘zebras’ reject “quantity over quality, consumption over creation, quick exits over sustainable growth, and shareholder profit over shared prosperity.”

Even for those social enterprises and inclusive businesses that aim to scale, some define scaling differently. British Council’s study of social enterprises in the UK has found that as part of their internationalisation efforts, many enterprises are scaling horizontally rather than vertically, i.e. enabling partners to copy models and replicate, rather than growing only the headquarters. This way of horizontal scaling, often supported through locally grounded contacts and networks, also helps to accommodate  diversity and adapt to cultural specificities.

Aside from privileging certain business forms, models, and sizes in building their portfolios, investors may also bypass established forms of distributing financial support.  They may impose “Western” concepts of credit worthiness on communities where building on localised credit systems might prove more effective and inclusive. In Africa, informal savings arrangements with groups of people date back to the 16th century and represent one of the most traditional informal banking systems. These are known by various names such as “Tontines”  in Senegal and “Susu” in Ghana. In Jamaica, such systems are known as “Paadna”. Traditionally these provided individuals with the opportunity to pay school fees, hospital bills, obtain accommodation and start businesses; and they are now being digitised as a way of providing microloans to those unbanked.

What would happen if  the investor-led dynamic to financing social enterprise was turned on its head to prioritise social impact in all its forms,  -- and what needs to change to support this shift?

At a broader level there does seem to be growing interest in, and funding for, social enterprises and other impact businesses. For example, the Covid-19 pandemic has accelerated deployment of capital towards social enterprises. Given their primary purpose to deliver positive social and environmental impact, social enterprises have been well-placed to tackle challenges caused by Covid-19 pandemic. For instance, an inclusive business AFEX described in an interview with GIZ that the funding programmes launched by the Central Bank of Nigeria and Ministry of Agriculture proved imperative to their company, as cash dried up in the economy. The urgency of the pandemic is prompting quicker investment decisions compared to months-long vetting processes, and it is also spurring investors to share due diligence information with each other. It may be that the pressing need to address social challenges linked to Covid-19 is driving a rethink in terms of investment practice.

Second, while investors have tended to focus on the most successful social enterprises and those that can scale, there should be greater attention given to the enterprises whose needs are currently not being met and why that is. If there is the potential for impact, but concerns about risk, financial guarantees and blended finance instruments such as the ones being offered to partner countries through the European Fund for Sustainable Development (EFSD) that will become global under the new Neighbourhood, Development and International Cooperation Instrument (NDICI), other financial instruments being deployed by European and UK DFIs, as well as government support can usefully fill the gaps. Or perhaps there are policy measures to encourage greater flexibility and responsiveness amongst investors to different business forms and local contexts.

Third, such measures may be part of a wider strategy from policy makers to address some of the entrenched imbalances and power relations between investors and entrepreneurs, and nurture a more partnership-based approach to investing for impact. For instance, Innovations Against Poverty, funded by Sida (Swedish International Development Cooperation Agency) and managed by SNV in partnership with BoP Innovation Center and Inclusive Business Sweden, seeks to challenge the private sector to come up with innovative products, services and business models to contribute to the fight against poverty, working in multiple countries including Ethiopia, Uganda and Zambia. Such partnerships intend to function as a risk-sharing mechanism to stimulate the development of inclusive businesses and social enterprises. Another example is the Inclusive Business Action Network (iBAN), a global initiative supporting the scaling and replication of inclusive business models, financed by the EU and BMZ and implemented by GIZ. Within the initiative, it works closely with policy-makers and companies to facilitate dialogues and partnerships.

On 15th October, a Live Event organised by the ICR Facility, debated some of these challenges, discussed the many shapes and sizes of social enterprises and inclusive businesses across ACP countries, what challenges they face in accessing investment, and how policies can support different kinds of social enterprises to access finance. You can find the recording here.

The ICR Facility supported the production of this publication. It is co-funded by the European Union (EU), the Organisation of African, Caribbean and Pacific States (OACPS) under the 11th European Development Fund (EDF), the German Federal Ministry for Economic Cooperation and Development (BMZ) and the British Council. The ICR Facility is implemented by GIZ, the British Council, Expertise France, and SNV. The contents of the publication are the sole responsibility of the authors and do not necessarily reflect the views of the EU, OACPS, BMZ or of the implementing partners.

Send us a request!

ICReports
Social Enterprise and Inclusive Business in ACP Countries: variety and access…
Interventions
Ministry of Industry, Investment and Commerce : Legal status for Social…
Webinar Recordings
Not One Size Fits All: The Varying Needs of Social Enterprises and Inclusive…
Democratising access to social finance
Startup Acts: an emerging instrument to foster the development of innovative…